The thick and tangy drink we know today as buttermilk may be a lot different than the traditional version, but buttermilk’s versatility in the homesteader’s kitchen is here to stay.

I remember the first time I witnessed a group of elderly people drinking buttermilk. I was aghast! And slightly intrigued. Curiosity got the best of me and I quickly found myself down a rabbit hole of learning everything buttermilk.

In case you find yourself nerding out on this sort of thing too, I’ll share what I discovered.

If nerdy details aren’t your thing you can skip ahead here to using buttermilk in your homestead kitchen, how to make homemade buttermilk, and substitutes for buttermilk.

I was first faced with this conundrum of “What the heck is buttermilk?” when I began making butter at home. I churned the cream from our milk cow, saved the liquid that would separate from the solid butter, put it in a jar, and then called it “buttermilk.” I had heard that this was where it had traditionally come from, so it just made sense. The problem was that it looked and tasted nothing like the buttermilk I had previously bought from the store.

I learned from other homesteaders that this liquid was in fact called “whey” and a lot of people just fed it to their pigs. Being as making pancakes and fruit salad were the only dishes I even knew that called for buttermilk, I wasn’t too worried about it. I found other uses for my whey and went on with life.

Until the old people started drinking it. I had to know more.

It turns out that before the days of refrigeration, fresh milk would get some cream skimmed off and set aside each day. The rest would be for drinking or baking. Then, once each week the cream built up would get put into the butter churn for the task of making butter.

The catch here is that without refrigeration, the cream was fermenting a bit before the butter was made. Naturally occurring bacteria were culturing the cream by producing lactic acid.  In fact, this was an appreciated process. The newly “soured” cream was then easier to turn into butter because of the lower pH.

Finally, when butter churning day came along, the liquid that separated from the solid butter in the process was not just whey, but buttermilk!

So there I had it. The missing piece to the puzzle was that I was churning fresh cream, not cultured cream.

Now I had an idea of why the two liquids were vastly different, but I still wondered… was the difference enough to make it drinkable?

It turns out that yes, it is actually an amazing probiotic-rich drink! In fact, in many countries cultured buttermilk is a common drink. In fact, the elderly people I witnessed drinking buttermilk were of Finnish descent. Their love of the drink was actually more of a cultural difference than that of age.

So what is the difference between “traditional buttermilk” vs. “cultured buttermilk”?

Well, I guess it depends who you ask. Many years ago, all buttermilk was essentially “cultured.” Today, however, cultured buttermilk refers to skim milk that has been intentionally inoculated with lactic acid-producing cultures, usually Lactococcus lactis or Lactobacillus bulgaricus and Leuconostoc citrovorum.

Wondering what the difference is? This is a question I had too, so I’ll cover it briefly. Kefir is made with whole milk and is cultured using kefir grains, which contain several different strains of beneficial bacteria and yeasts. Buttermilk is made from skimmed milk and contains only one strain of beneficial bacteria, with the goal being the production of lactic acid bacteria.

Why is buttermilk tart?

The tart flavor comes from lactic acid, which is made by the bacteria during the fermentation of lactose, the naturally occurring sugar in milk.

Why is buttermilk thick?

The thicker consistency of buttermilk is a repercussion of the lactic acid lowering the pH. As the pH goes down, the casein proteins precipitate, causing the milk to clabber or thicken.

Well, we have covered what buttermilk is and where it came from. Interesting stuff, right? Now let’s dive into why you should have it in your home and how to make it without your own raw cream to leave on the counter.

Using Buttermilk in Your Homestead Kitchen

Why should you use buttermilk?

It is always fascinating to me when I discover that age-old cooking techniques serve very practical purposes. It seems we humans have a tendency to pass down the “what” without the “why” and a few generations down we are dropping these techniques altogether because we just don’t see the value in them.

Using buttermilk in baking is one of these things!

Not only does buttermilk provide a nice tang to baked goods, but the lactic acid helps tenderize the gluten and makes them fluffier and loftier!

Buttermilk also serves as a leavening agent when combined with baking soda. The acidic properties of the buttermilk combined with the neutralizing effect of the baking soda cause a reaction that produces carbon dioxide. Think third-grade science class when you made a volcano. It’s like that.

Other Way to Use Buttermilk

Have you ever bought a carton of buttermilk just to use a half cup for a recipe and not know what to do with the rest? I’ve been there! And don’t just stop at pancakes and biscuits, buttermilk can serve many other purposes. In fact, give me 10 seconds and I might just have you convinced to make buttermilk your new secret ingredient.

How to Make Homemade Buttermilk

Ok, now that I have you convinced that you need buttermilk in your life, let’s learn how to make it once and never have to buy it again!

First of all, if you have access to raw milk you can just go back to the age-old method. Let your cream “sour” at room temperature overnight, make butter, and strain off the liquid. The longer you culture the cream, the more tart the buttermilk will be.

If you’re not blessed with a backyard bovine, there is another way. You can purchase a culture such as the one I bought, here. The culture will include instructions, but basically, you just dump the packet of culture bacteria into a quart of pasteurized milk and let it sit at room temperature for 24 to 48 hours. Your finished buttermilk lives in the fridge and can be used to culture new batches indefinitely!

There are some online sources that claim you can do this process at home with pasteurized milk and no starter culture. I’m not looking to debunk this, but I’d urge you to use caution. Pasteurized milk has been rid of all bacteria, including the good guys. You wouldn’t want some bad bacteria to win the battle and end up with putrid milk instead of the buttermilk you were after.

On several occasions in my pre-buttermilk-making days, I found myself frantically looking up substitutes. I always found it interesting that adding vinegar or lemon juice to milk and letting it sit for a few minutes was supposedly a fine swap.

It turns out milk with a dash of lemon juice is nowhere the same thing. However, it does serve the purpose of adding acidity in the form of milk to a recipe. In most cases when buttermilk is an essential ingredient, it’s because the acidity is needed along with the baking soda to create rise.

So yes, in a pinch you can mix together 1 cup of milk with 1 tablespoon of white vinegar or lemon juice. Let it sit for 5 minutes. You will see it start to thicken, which means it is ready to use.

I have seen many food bloggers claim that this substitute works just as well as the real stuff. I have to wonder if they haven’t used the real deal enough to judge, but for the sake of presenting both sides of the discussion, there you have it.

Whether you go culture your raw cream, purchase a starter, or whip up a batch of substitute buttermilk, I hope that I’ve convinced you that this cultured goodness needs to be a staple in your homestead kitchen. 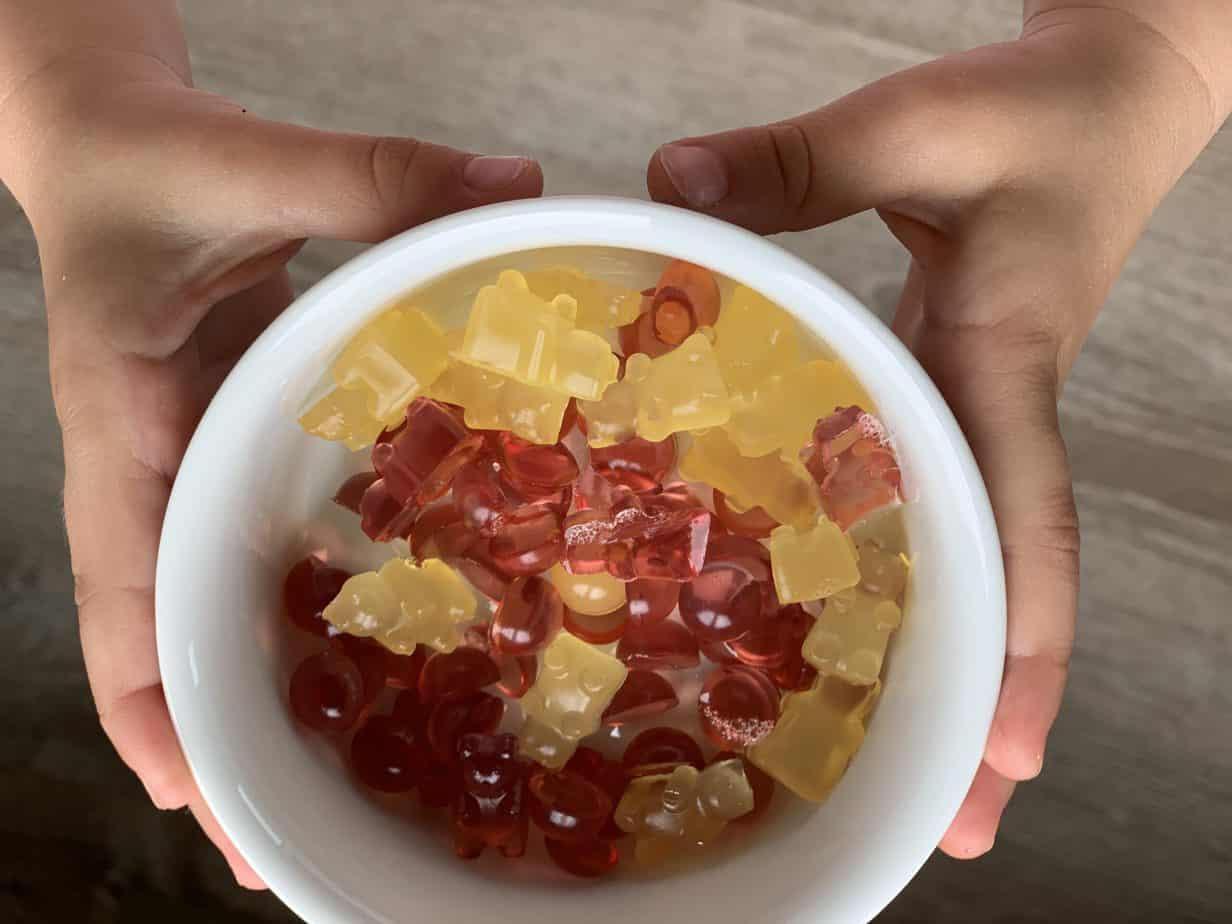 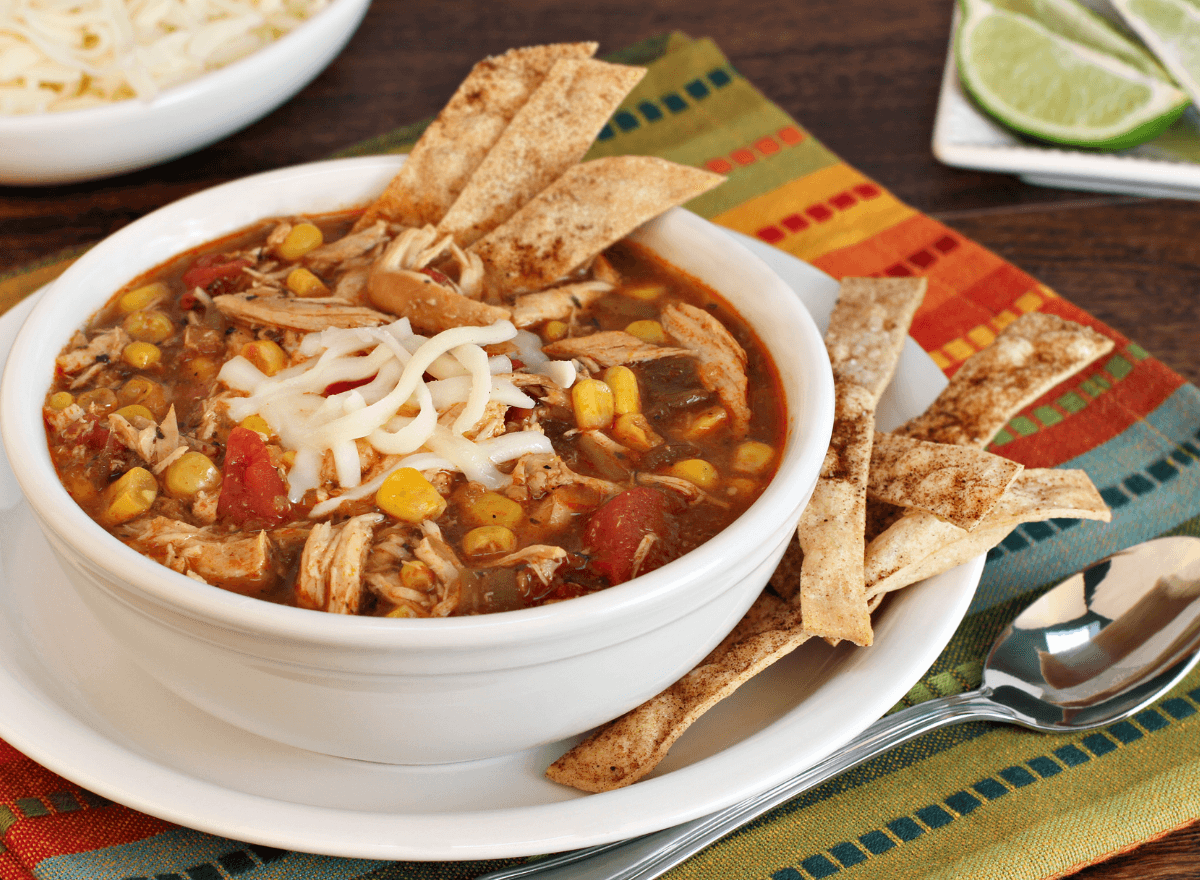 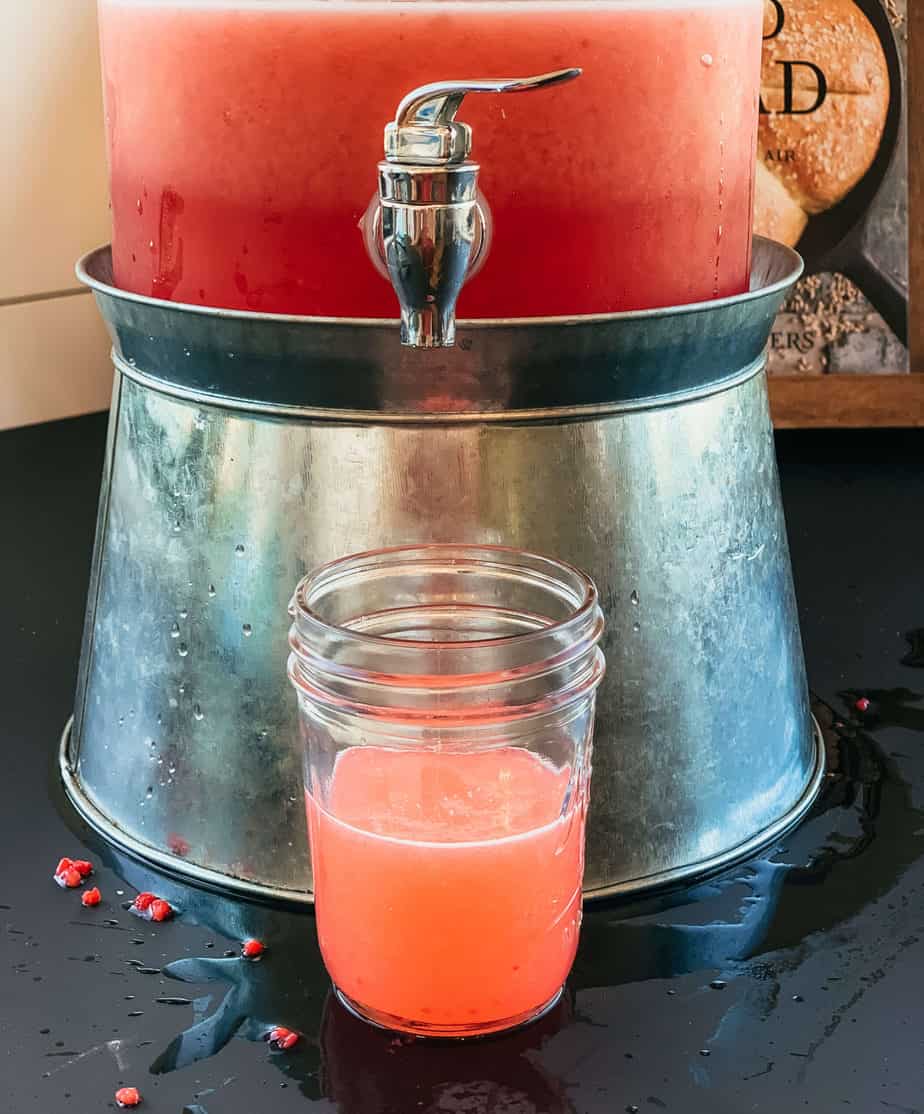 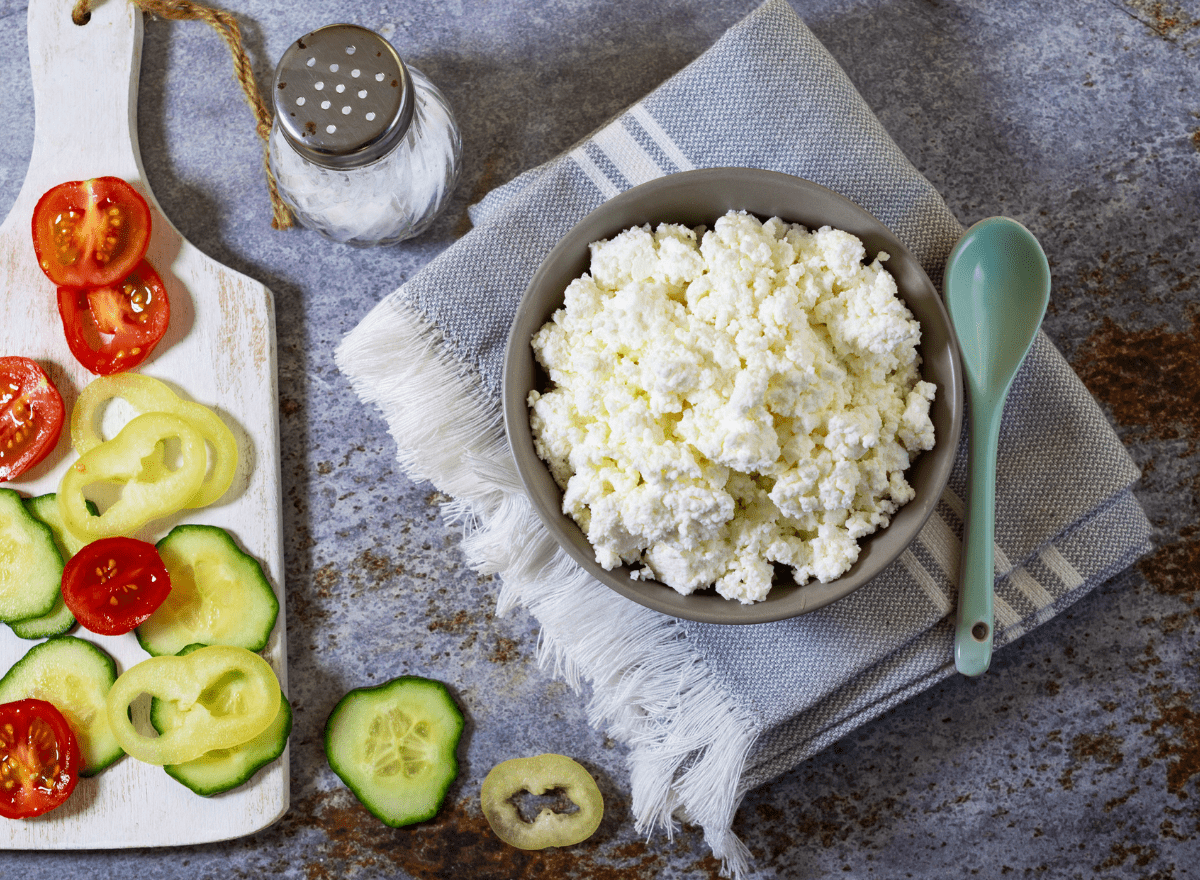 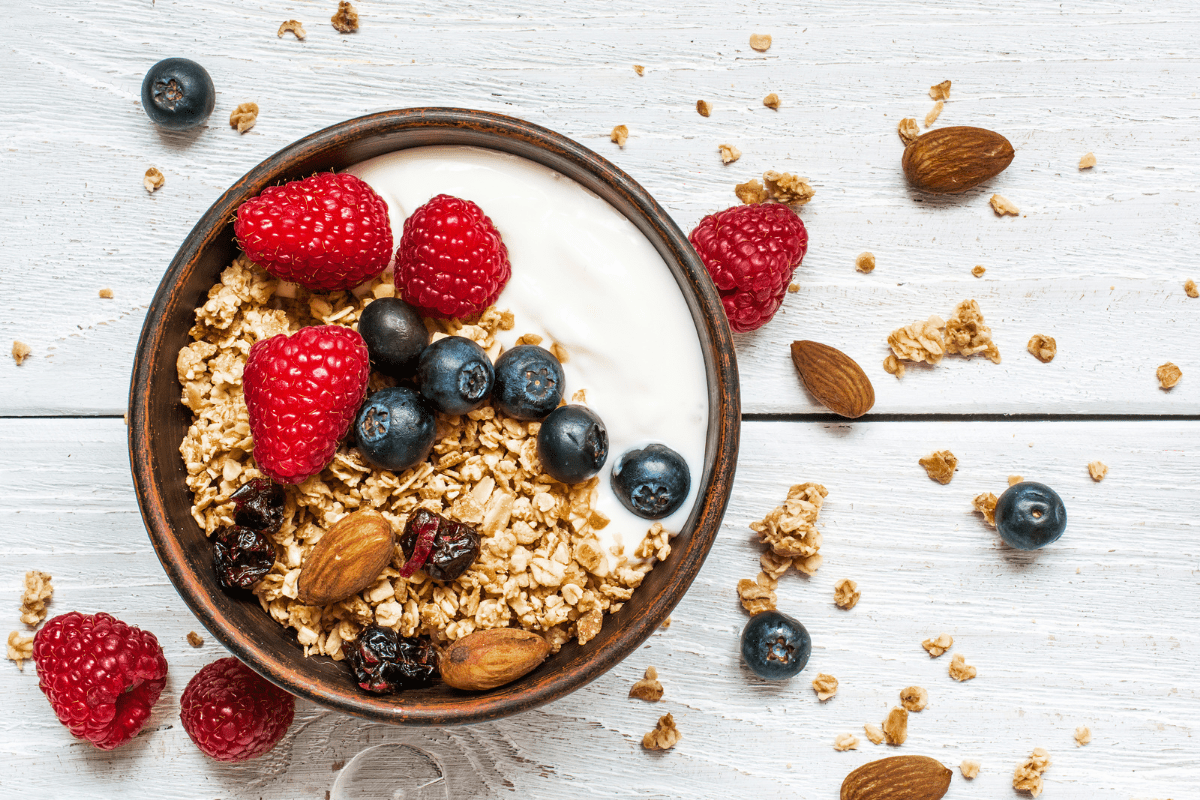 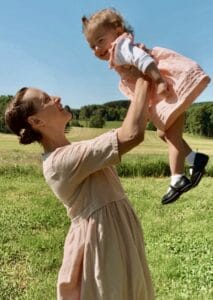 Hi! I’m Staci, Mom of 7, homesteader, & sourdough connoisseur. I’m so glad you’re here! Come along with my family as we ditch the grocery store and live our homesteading dream! You can read more about me here.